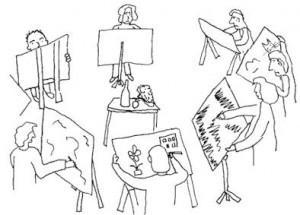 designed to provide a broad range of art experiences for the beginning and advanced art student.

Students study the elements of art and principles of design. Scholastic Art Magazine and internet resources (SmartBoard and MacBooks) are used as curriculum for instruction. The benefits of these courses include the development and strengthening of decision making, creative thinking, and time management. Three- Dimensional Art continues the study of art by learning about important art movements and the work of famous artists and their styles. Both courses meet daily for one semester. High school artwork is displayed seasonally in the hallways of the school, and at art shows in conjunction with school concerts. Field trips related to art topics are offered as they become available.
Single semester art courses are offered to middle school students.
Band 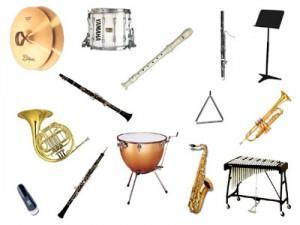 Secondary Concert Bands are offered for full credit meeting one period daily. In addition to BCS school concerts in the Fall, Christmas, and Spring, band members may participate in ISSMA Solo & Ensemble, and Organization events, All-State, All-Region, and All-District honor bands.
Choir
Choir is offered in Secondary as an elective to fulfill part of the performing arts requirement:

Choirs for grades 7, 8 and high school (9-12) meet one period a day.  Auditioned Choir is open to students. Grades 10-12, meet every day and, as it implies, is based on audition. 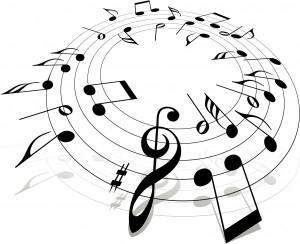 Involving about 75 students, the Blackhawk Christian Theatre mounts two full-scale productions each year: one straight play and one musical. Students in grades 9 through 12 are invited to audition for roles in either/both productions. Students are also encouraged to become involved in the areas of tech support, stage crew, stage management and house management. Students who earn at least 10 theatre points (approximately 100 hours of service) are invited to join the BCS chapter (#5242) of the International Thespian Society. New ITS members are inducted in a ceremony in the spring.
BCS offers two one-semester classes in Theatre Arts. Students may take either or both semesters, in any order. Semester 1 focuses on the actor’s craft: voice and movement, relaxation, concentration, and character development. Semester 2 offers a concentration in the physical theatre, the process of mounting a play and a brief introduction to the history of theatre. Both courses meet daily for one semester.
The BCS Theatre Department provides a costume rental service to area high schools, colleges, and community theatres. We can supply individual costume pieces, partial or whole shows at competitive rental rates. Some of the shows in our costume department include Wizard of Oz, Seussical, Annie, Oklahoma!, Sound of Music, South Pacific, My Fair Lady, and The Music Man. To enquire about rentals, availability and rates please contact the theatre office at extension #4133.

All I Really Need to Know I Learned in Kindergarten – 2005 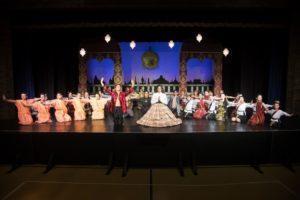 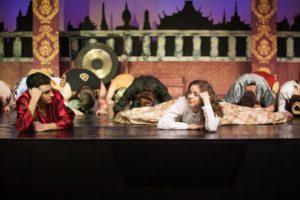 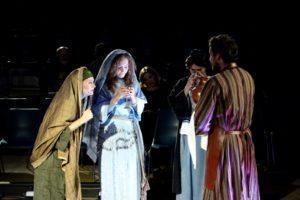 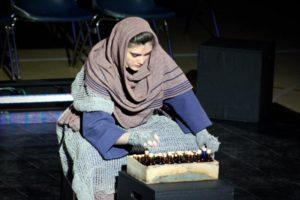